Failure’s Not an Option

It’s the first of the month and we’re ready to crack on. Our target’s only gone up by five percent, so we’re not panicking. It’s fine. We can do that.

That might be overstating the case a little, but we don’t disagree. Erin’s been here for two years, which means she’s met twenty-four consecutive monthly targets. We never disagree with her about anything.

Some of the other teams stop to talk or get coffee, in a classic example of “there’s plenty of time” syndrome, but they’re new and they don’t know better. We’re too dedicated, too professional, to make that kind of mistake.

We zip back to our desks. We crack on.

But there’s a problem: Lyle’s screen is still dark, his hands unmoving on the keyboard. His eyes, wide but unfocused, are unmistakably wet.

Uh oh. This isn’t good. We don’t have time for this.

Andrew gets up and puts a hand on Lyle’s shoulder. “It’s all right. Don’t worry. It’s going to be okay.”

Andrew has a wonderful voice, warm and reassuring — the kind of voice that makes people remember being small children sitting at the feet of a beloved grandfather at Christmas, and knowing beyond doubt that all is right with the world. When Andrew says, “It’s going to be okay,” people believe him. Even people whose houses have been flooded, burgled, or set on fire. People who’ve lost wallets, wedding rings, or smartphones that haven’t been backed up to the cloud. People who’ve lost everything, including all those personal things that can never be replaced, even by Amazon vouchers. It’s an incredibly useful ability.

Unfortunately, it’s not working on Lyle. “I can’t lose this job,” he whispers. “I just can’t.”

Andrew tries again. “Nobody’s going to lose their job. There’s nothing to worry about.”

It’s a good effort, but maybe Andrew’s got too used to dealing with claimants. They don’t know better, but Lyle does. Lyle knows Father Christmas isn’t real, no matter what good old Grandad says. Lyle knows there’s plenty to worry about, and people are going to lose their jobs.

We just have to make sure we’re not among them.

Erin slaps her desk, hard enough to make him jump. “Pack that shit in right now. We can do it. You hear me?”

“We can do it,” Lyle says, even more miserably.

“Say it like you mean it, or God help me I will rip your bollocks off, dip them in glitter, and make a pair of earrings out of them.”

Lyle blinks hard. “We can do it.” This time, he does sound like he means it. Probably because Erin does, too.

Trudie rolls her chair over and leads us in a recital of the Company Mission Statement. Dedication, we murmur. Vision. Commitment to excellence. Kira stumbles over a couple of the phrases, but she’s new. She’ll get the hang of it.

Lyle looks better afterwards. Calmer. More centered. That’s good; doubts must be cut off hard and fast, because there’s no room for lack of conviction in this team. We have a target to meet, and failure’s not an option.

That’s in the mission statement too. Holy Words, carved in stone. Sacred. Failure’s not an option.

We give each other solemn nods of commitment and dedication, and then we get back to work.

This month, the new department manager is Robbie Mackham. We heard the last one got promoted to Head Office, but we’re not sure we believe it. We’re not entirely sure we believe in Head Office itself, to be honest — it’s like Eden, Xanadu, Utopia; too good to be real.

Robbie Mackham got promoted, too: Before he was department manager, he was an ordinary claims handler. He was one of us. One of the team.

Robbie Mackham is wearing a new suit and carrying a new briefcase, and tucked under his arm is a big new lever-arch folder. It’s probably full of audit forms and customer response surveys.

He smiles, as if expecting us to be happy to see him.

He ought to know better.

Seven days in, a setback: Andrew calls in sick.

But it’s going to be okay. We redistribute his work, and his share of the target. It’s fine. There’s still plenty of time. We can do it. We can do it.

Kira gets a bit flustered with some of his claimants, but she’s new. She’ll get the hang of it.

One guy, he has her on the phone for twenty minutes. New claims are backing up in her processing queue. She’s starting to sweat.

She’s been trying to tell him there are procedures she needs to follow, inquiries she needs to make, but he’s not listening. He wants a decision, and he wants it now.

“Fine,” Kira says, after twenty-seven minutes. “Here’s my decision: I’m declining your claim and not paying you anything. Fuck off.”

She ends the call, and there’s a moment of silence. Her cheeks are red and her breath is coming hard.

“If I can offer a small suggestion?” Trudie says. “You might want to get to that part a bit quicker.”

It’s good advice. Efficiency is an essential component of productivity, and productivity is king.

“But well done on closing the file,” Trudie adds, and slaps her on the back. “That’s one more down.”

The next call, she tells them to fuck off in two minutes eighteen seconds. She’s getting the hang of it.

Robbie Mackham calls a meeting. He brings his shiny lever-arch file. There have been complaints, he says. He needs to review our files. Our procedures. Our customer service skills.

He needs to forget whatever bollocks he’s learned on his departmental manager training course, Erin responds, and get his head out of his ass. He needs to understand that we haven’t got time to fuck about with this sort of shit.

He has targets to meet as well, he tells her. Statistics to calculate, projections to deliver. Improvements to implement. Performance metrics to develop.

He’s done well, though — this is the first time he’s lost it in public, and it’s been eleven days. Only a few departmental managers have done better than that.

We leave Robbie in the meeting room and go back to work. Erin puts his performance reviews and customer surveys in the shredder, but there’s no other violence. She feels sorry for him. He used to be one of us.

On Tuesday night, we visit Andrew at home. We almost don’t recognize him, and not just because he’s been out of the office for an unprecedented seventy-two hours straight. He looks awful: gray skin and bloodshot eyes, and like he’s lost at least a stone in weight.

“Norovirus,” he manages to croak.

We jump back from the bed. This is bad. Erin brought her castration kit, and normally the mere sight of it is enough to facilitate complete — or at least sufficient — recovery. But norovirus is infectious; if Andrew comes back now, the rest of us could catch it.

“My God,” Kira breathes, as she realizes this. “What if we all had to go off sick?”

Trudie hushes her quickly; that kind of heresy should never be said out loud. It doesn’t even bear thinking about.

There’s nothing else for it: Andrew will have to stay home.

Lyle brings Andrew’s laptop, phone, and headset up to the bedroom, while Erin fetches bottles of water, protein shakes, Imodium tablets, rehydration sachets, painkillers, amphetamines, and a couple of buckets.

“Thank you,” Andrew says weakly. There are tears in his eyes.

When we leave she looks thoughtfully at the castration kit and the other tools in the boot of her car, and then at Trudie. “Doesn’t your guy with the carpet shop live near here? The electrical fire? I wonder if a personal interview might persuade him to accept an offer?”

Trudie’s face lights up. The carpet shop fire is nearly two months old, with no settlement in sight. It’s been dragging down her stats something rotten. And since we’re in the area anyway, the idea makes sense; it’s good business practice to get the maximum return on time spent.

We get in the car.

Robbie Mackham says he needs to talk to us. He says it’s urgent. He’s heard some disturbing things.

We laugh at him. We haven’t got time for this. We have work to do.

Robbie’s not happy with what’s been going on, he says. Rules have been broken. Lines have been crossed.

We ignore him. It’s clear that Robbie Mackham isn’t prepared to give a hundred and ten percent, to go the extra mile. He doesn’t have dedication or vision. He isn’t committed to excellence. He doesn’t understand that failure is not an option.

It’s gone too far, Robbie says. It has to stop. We have to stop.

We don’t even hear him anymore. Robbie Mackham is a slacker. A heretic. He’s dead to us.

In the final week, disaster. We’ve only achieved ninety-three percent of target, and we’ve settled every claim we have. We are completely and catastrophically up to date; there’s simply nothing else to action.

Erin calls a meeting, because we have to do something.

“All right,” Erin says. “We need more claims, that’s all there is to it. If we haven’t got enough, then it’s up to us to get out there and find some more.” She looks at each of us in turn. “To make some more. Do we understand each other?”

We make lists of policyholder addresses and divide them up. And in the early morning hours, we go to work.

Living in a big city has inherent dangers. Inherent perils. There are crimes (theft, arson, malicious damage) and accidents (fire, burst pipes, impact by vehicle) aplenty. Sometimes there are natural disasters and problems (earthquake, subsidence, landslip) too, but those are a bit out of our reach.

It’s terrible when people suffer damage and loss. Tragic. But that is, of course, why they have insurance in the first place.

We meet our target.

Robbie Mackham goes insane. He suffers some kind of psychotic break and starts talking about corporate-sponsored criminal activity and conspiracies against public safety. He talks about investigations and internal inquiries. He talks about going to the police.

It’s unfortunate, but it happens: a lot of departmental managers can’t handle the stress of the job. Very sad. But they really ought to know better than to take it in the first place. If Robbie had asked us, we would have told him that.

If that doesn’t make him feel better about things, we’ll go and visit him at home. We’re sure that’ll do the trick.

On the first of the month, we get our new target. It’s only gone up by ten percent, as a reward for doing so well last month.

We’re absolutely thrilled. We can totally do that.

Michelle Ann King was born in East London and now lives in Essex. Her stories have appeared in over seventy different venues, including Interzone, Strange Horizons, and Black Static. Her favorite author is Stephen King (sadly, no relation), and she also loves zombies, Las Vegas, and good Scotch whisky. Her first short story collection, Transient Tales, is available in ebook and paperback from Amazon and other online retailers. See www.transientcactus.co.uk for details. 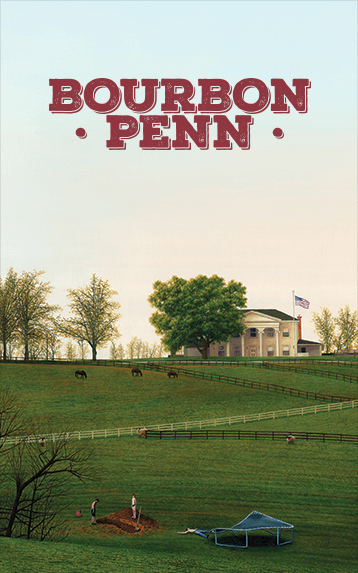 purchase this issue from Amazon